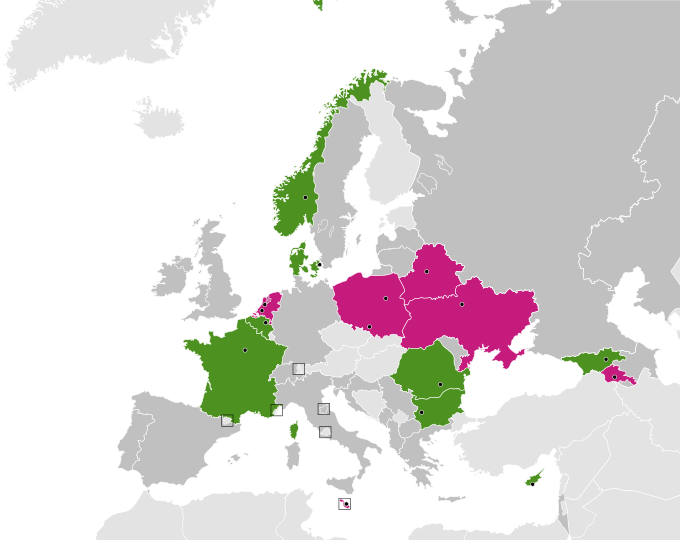 The first edition took place in 2003 in the Danish capital, Copenhagen. Following the hosting problems for the 2004 edition, the location of the subsequent contests were appointed by the European Broadcasting Union (EBU), following a bidding process with broadcasters from the participating countries. Belgium was therefore the first country to successfully bid for the rights to host the contest in 2005. Poland became the first country to host two contests in a row (in 2019 and in 2020, respectively).

Kiev and Minsk are two cities having hosted the contest twice.

Note:
1.^ Although the venue itself is located in Marsa, Malta, the Junior Eurovision Executive Supervisor, Vladislav Yakovlev stated on 18 December 2013 that there would be “no host city – but a host island”